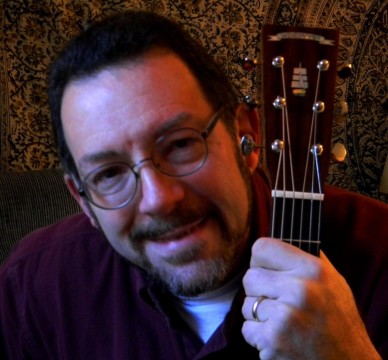 I started playing guitars at age 15, on an old Harmony flattop with medium strings and ¼ inch action at the 12th fret. I played 3-4 hours a day, every day. I was addicted. My dad had an old Martin 000 which he’d let me play after I became reasonably proficient at the basics. Within a year and a half, I got my first paying gig (Dad even let me borrow the Martin). I soon branched out to mandolin, 5 string banjo, and pedal steel, and gigged wherever and whenever I could. I played everything from big band music to country to rock to blues to bluegrass. I decided I wanted some formal training and studied classical guitar at a conservatory. Out of necessity I learned to set up, repair and modify my instruments since, as a starving musician, I couldn’t afford to have someone else do it. Fortunately for me, my dad had a friend who was a repairman at a local music store, and I was able to hang around with him and learn more about the craft.

Custom shops at the major manufacturers didn’t exist at the time and, of all the guitars that anyone would let me play, I just couldn’t find one that exactly fit my needs.

The guitars built by the small handful of luthiers who were around at the time were, unfortunately, out of my price range. But, a bandmate of mine told me about a small school in Vermont, where I could learn to build guitars. (Thanks SO MUCH, Billy Hardy!)

In 1981 attended The School of the Guitar Research and Design Center, studying luthiery under Charles Fox and George Morris. Over a period of 6 weeks I built my first guitar (a Cedar topped dreadnought with rosewood back and sides). My career as a luthier was off to a great start.

Over the years I have honed my skills at repair, restoration, modification, customization and inlaying all sorts of fretted instruments. I have designed and built guitars, basses, mandolins, ukuleles and banjos, both acoustic and electric. I have belonged to various trade organizations since the 80s and am a founding and Life Member of The Association of Stringed Instrument Artisans. I have furthered my education in luthiery by attending Symposiums, workshops and one-on-one classes over the last 30 years and continue to do so. After some breaks in the timeline in other careers that paid the bills better, I decided I really needed to just give in to my passion, and I now devote myself to the craft full time.

I wish to thank all of the dozens of luthiers who have so generously shared their knowledge with me over the years. There isn’t a better group of folks out there, and I owe a debt to them all. I do, however, feel a need to single out a few who have been exceptionally influential in my quest. In no particular order, these are George Morris, Charles Fox, David Nichols, Dick Boak, Chris Martin, Kief Sloate-Dowden. Lee Mulverhill, Art Jarvis, John Hall, Sylvan Wells, Grit Laskin, Kevin Ryan and of course, my wife, Lynn, for supporting me through the years.

I am honored to be at your service.